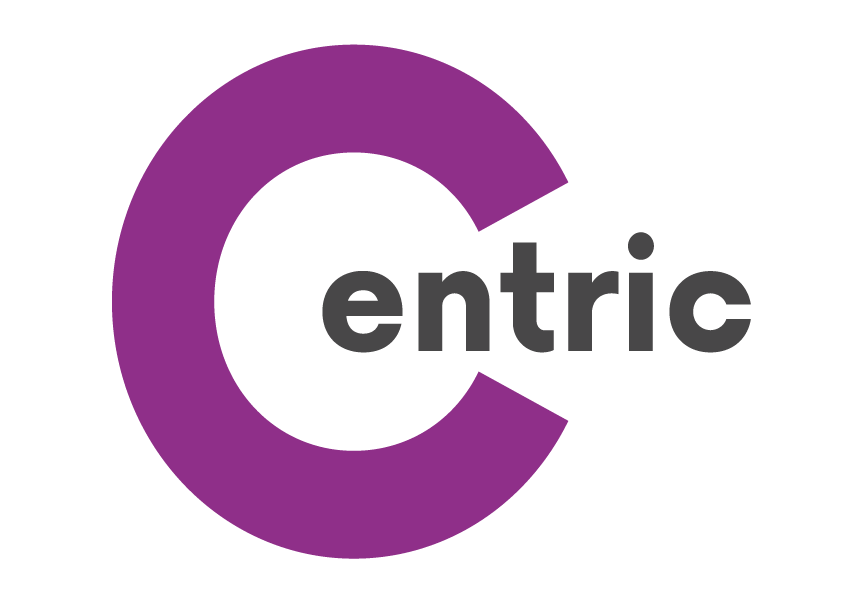 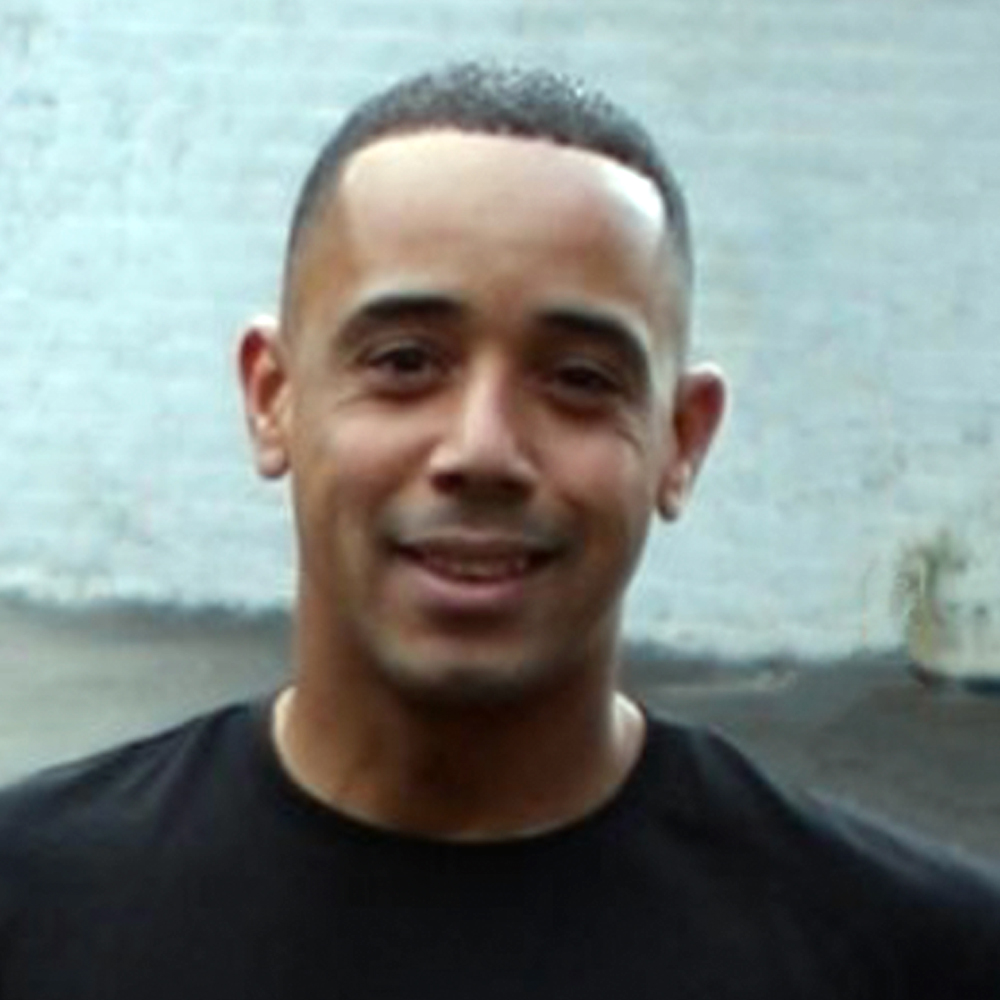 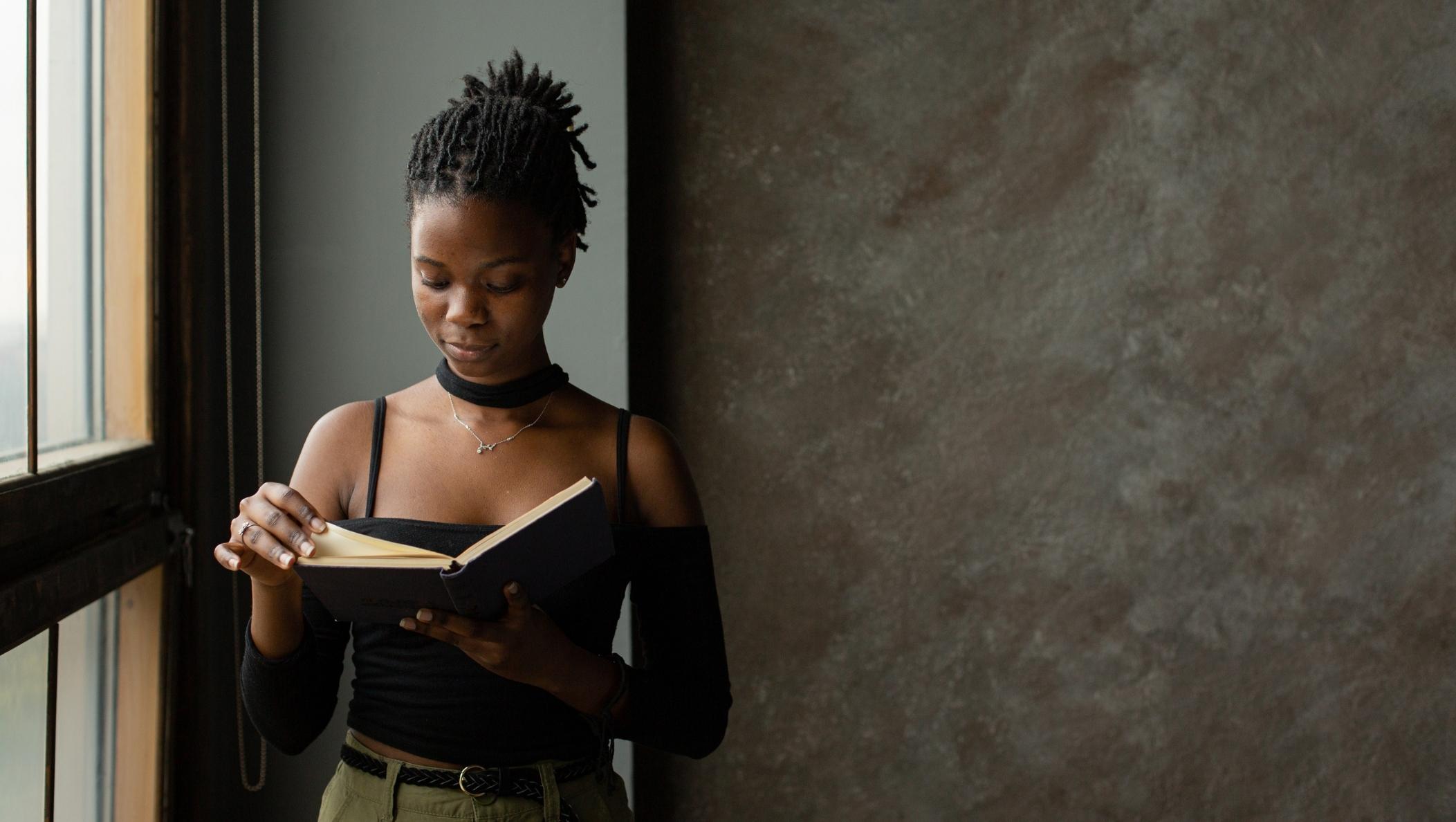 “If we own our innovation that comes from our cultural nuance, then we could empower ourselves” - Brixton Resident.

Researchers going into marginalised communities to research and feedback to institutions, with little or no input or follow-up with those communities, is what Gaudry (2011) coined as the ‘extraction model of research’. Herein, local insights and localised knowledge are taken from communities with neither culturally competent protocol, nor establishing any commitment whatsoever to the communities the research is relevant to or, will impact.

In the ‘extraction’ model of research, communities are not involved in developing the scope of the research or, in the validity of research findings (Corntassel and Gaudry, 2014). Chambers describes this as “outsiders obtaining information rather than local people gaining and using it” (Chambers, 2008: 121). Moreover, Sanjek (2015: 309) emphasises that anthropology departments, for instance, are designed to be extractive rather than collaborative or participatory.

Bermingham and Porter (2007: 118) note that research fatigue and ‘initiative fatigue’ develop when communities have grown used to being the subject of research or regeneration activities, which ultimately made little difference “except perhaps to confirm the stigmatising label of deprivation”. They also note the parachute model of research, which they describe as researchers dropped in from outside, gathered their data and disappeared, with no long-term change resulting for the community. A high degree of scepticism among local residents is what resulted and acted as an immense barrier, at least in the beginning, to successful engagement between projects and communities.

Wilmsen notes (2008: 15): Researchers benefit from research by taking the information they extract from communities and publishing it, lecturing about it or otherwise applying it in ways that advance their careers. The information and research results are used by other entities, external to the community, to their benefit. Often, the research results are irrelevant to the communities and of little use to solve the problems they face. In some cases, the community may become even worse off due to the research.

Communities, however, should be involved in research processes throughout and not merely for data collection purposes and those early initial research stages, but also research analysis and outcomes. Moreover, action-oriented approaches should be in place so that tangible outcomes can be fed back into communities. People in communities where research is occurring should contribute ideas, and this can be facilitated via community analysis (Blakey et al., 2012: 115).

The true democratisation of knowledge is when community members, institutions and ‘professional researchers’ are equals around the table, wherein both contribute insights in the true sense of dialogue and thematic investigation as Freire (1970) envisioned. People should contribute ideas, and analysis should be facilitated via community reflection, without communities feeling that knowledge has been extracted from them (Blakey and Kilburn, 2012: 115). In this way, in the Geertzian sense, local knowledge is neither overlooked nor rejected.

Hence, Cochran-Smith and Lytle (2009: 131) expand upon the Geertzian framework to formulate a “local knowledge of practice”, which describes the knowledge practitioners generate through inquiry. The ‘formal and practical knowledge’ paradigm facilitates collaborative knowledge building between practitioners and communities.

As articulated by Gaudry (2011), the archetypal extraction model of research is where research is seen to “generate knowledge” yet, with little in the way of policy implications or tangible improvements in practice for communities after the data has been gathered. Light and Kleiber (1981) argue that there should be some distancing between the researcher for the sake of objectivity. Nevertheless, in this way, there is sometimes an approach from university-based researchers to transform practitioner and community knowledge into “professional knowledge” via scientific methods, which serves to render communities as outsiders to that knowledge. However, their insider knowledge had initially been the springboard (Cochran-Smith and Lytle, 2009: 130).

However, it has been suggested that counter-models of research that tip the scales more towards communities offer romantic notions of communities, change and agency in ways that can be detrimental. Bénit-Gbaffou (2019: 21) argues that community-orientated research involves self-blinding, optimism and hope, although a researcher is better when one possesses a deeper understanding of socio-political dynamics at different levels of society. Constant awareness of the challenges of urban change cannot be seen only through the lens of heroic (individual or collective) action. Direct engagement with the complex modalities of community organising in various contexts is necessary for non-extractive research.

However, this presupposes, we opine inaccurately, that community research cannot 'deeply' understand complex socio-political factors as it is more focused on viewing research from a hero perspective. In our view, this is a caricature of community research and a depiction that is not our experience. Bermingham and Porter, over a decade ago, indicated how researchers were mainly oblivious to how they were exploiting communities for their research interests (2007: 119): Community rejections of research are underreported in the literature.

Negative views may be unknown to senior academic practitioners, as fieldwork usually is the responsibility of research assistants (Boutilier et al., 1997). At a local level, conventional research may have a 'bad press' and the action potential has, beyond any doubt, been the significant stimulus for the broader community involvement achieved by these projects.

Wilmsen also states (2008: 16); Addressing power relations is often put into practice by building community members' capacity to determine their futures actively. In PR, the research process is as important as the research findings because it is through that process that capacity-building is thought to occur. The goal is for community members to develop research skills and use those skills to address their problems. As they identify the research questions and carry out research activities, community members learn to analyse the collected information and decide how to use it. Most importantly, communities' own' their research. They have intimate knowledge of the research procedures and findings and feel comfortable using or disseminating those findings themselves.

The research process is intended to contribute to enhancing the capacity of community members to do better any or all of the following: Mediate their conflicts, represent their interests in broader social and political arenas, manage the resource sustainably, participate as informed actors in markets, build community assets with benefits from managing the resource (Menzies, 2003) and sustain their own cultures.

Diane Lewis (1973), in her paper "Anthropology and Colonialism" in the journal Current Anthropology, noted countering extractive means via "a sense of commitment" to fieldwork subjects and "their needs". Along with a willingness to engage in "activism stemming from explicit involvement".

However, even this, Lewis highlights, is a positionality that is "inappropriate for the anthropologist in his professional role". Hence, Lewis advocated an 'insider' approach (Sanjek, 2015: 286-7), although we have found that Liz Milligan's (2016) inbetweener approach has been the most effective means of a rapprochement for the insider/outsider dichotomy.

Hence, more ethical research is becoming further associated with creative participatory approaches and why Centric emphasises a continuum model wherein participants are involved in every stage of the research process.

Vacchelli (2021: 165) also notes that trust is essential and must be cultivated before the onset of the data collection process and that trust relies on the idea of a safe space that researchers have creatively formulated to uphold the interests of research participants and where they can share experiences.

Centric has developed a rigorous, robust and logical continuum model for research developed alongside researchers from the communities in which the research is being conducted; 'developed by the community for the community'. Community researchers have been able to extrapolate insights from data, which without their analysis, would not be immediately interpreted or identified. Insights that would not necessarily be comfortable for institutional researchers, let alone identified. 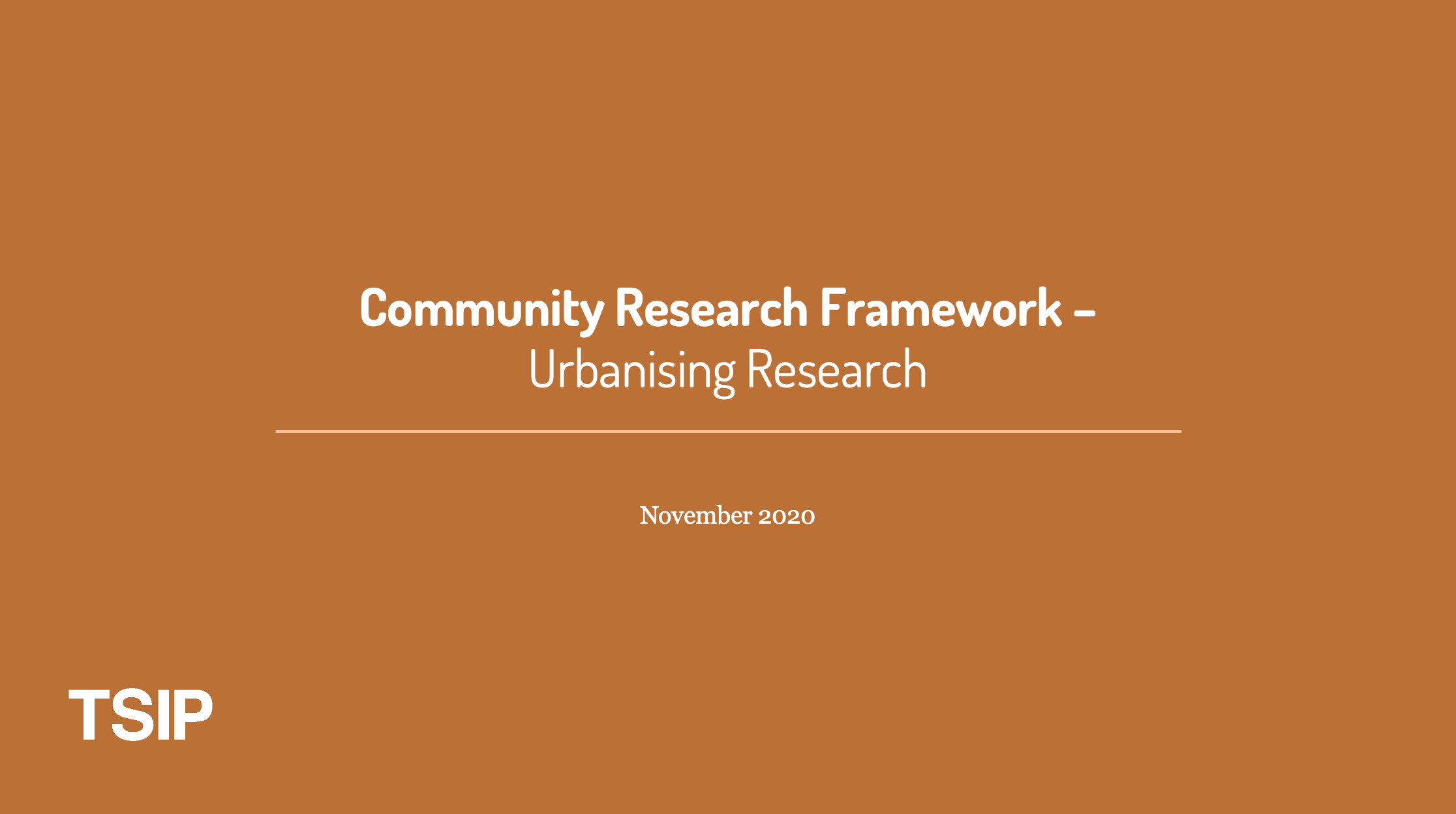 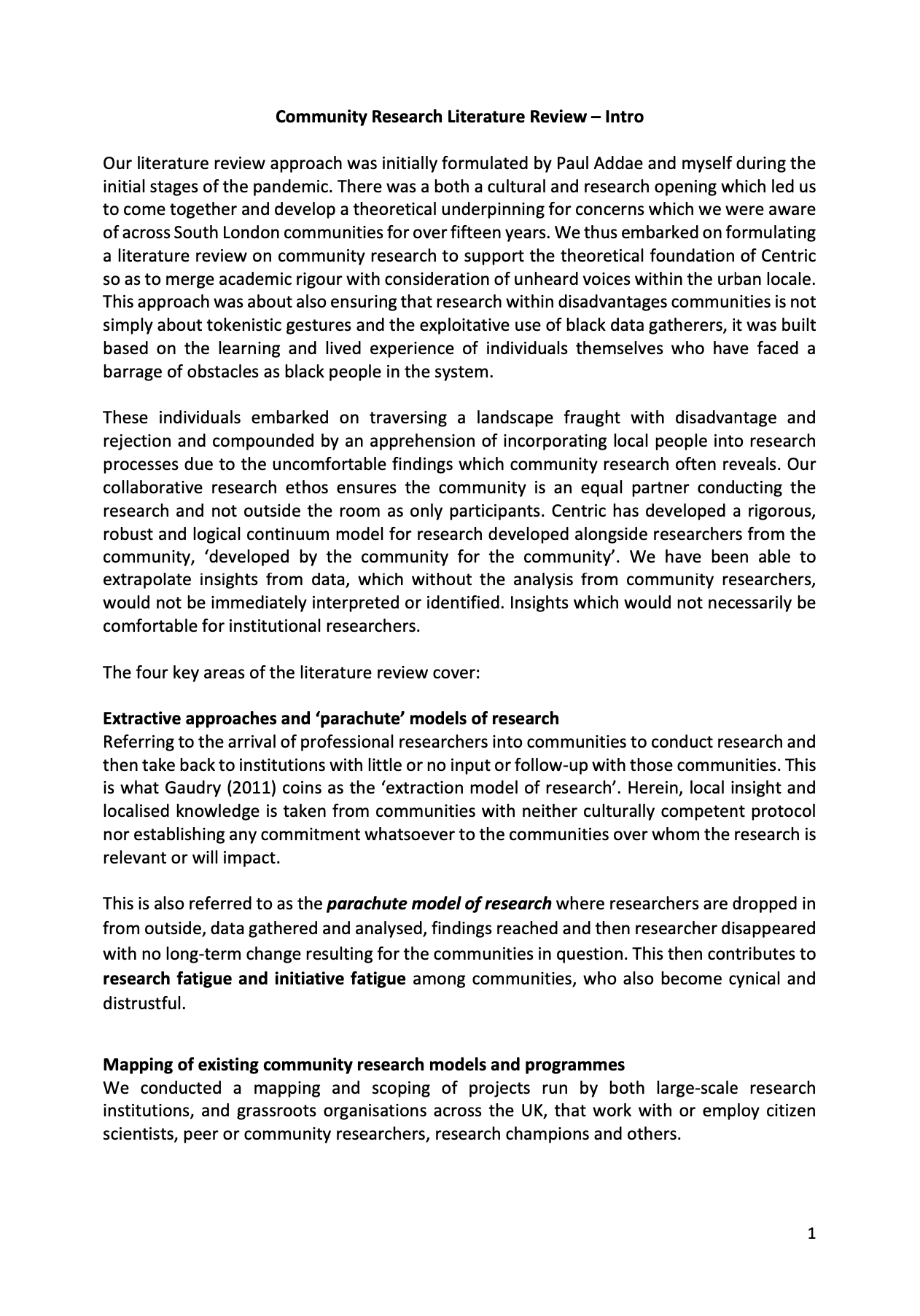 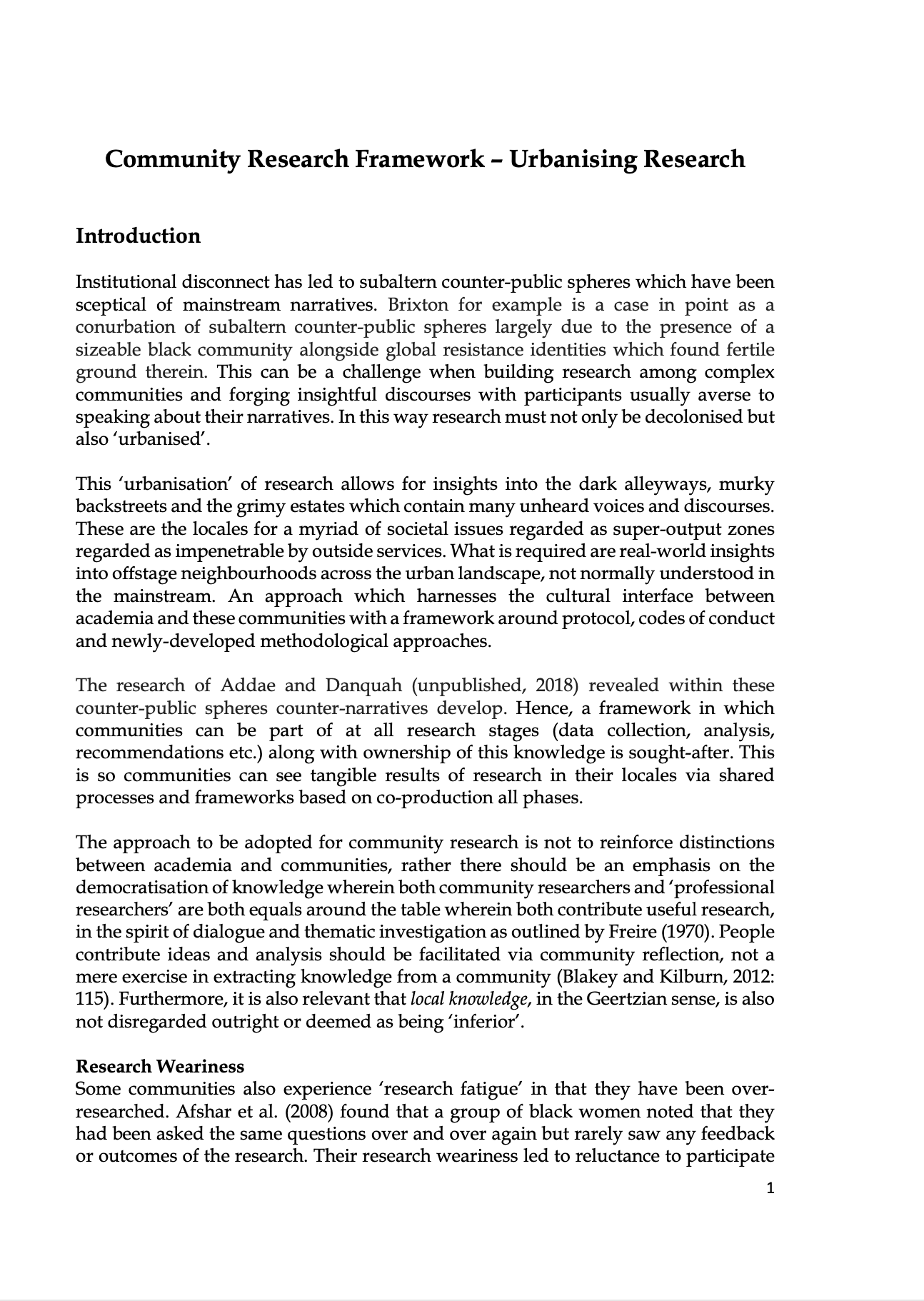 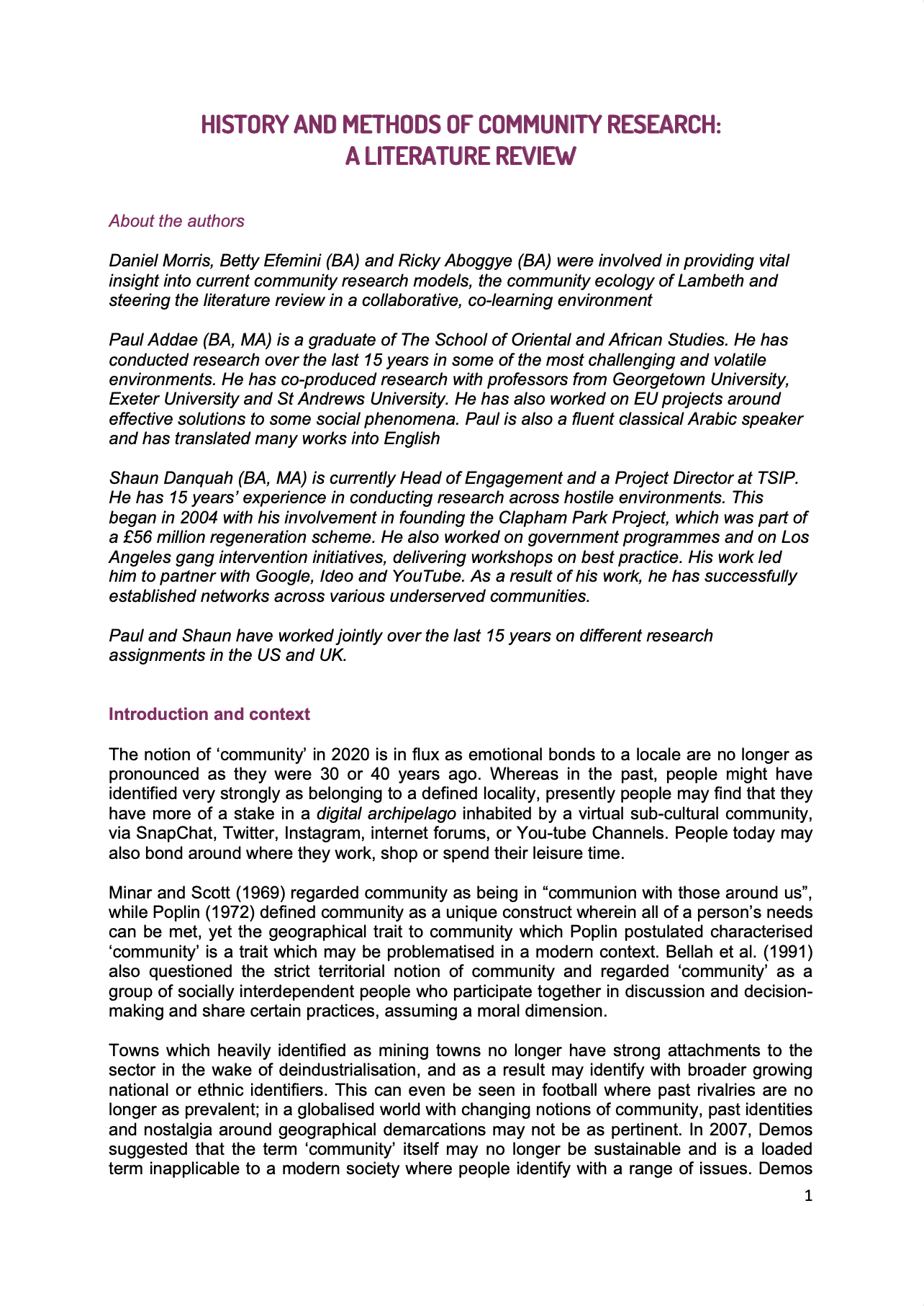